This is a new category added for the year because it is becoming such a popular genre.  All of these stories could easily fall into the historical fiction category, but it takes a good blend of past and present to make the time slip possible.

1.  Castle on the Rise and The Painted Castle by Kristy Cambron

These two books closed out the Lost Castle series and released in 2019.  Kambron weaves three simultaneous stories in each book: one set in the 1700s, one set in World War II, and one set in the present.  Readers will find it difficult to pick their favorite!

Read the full review of Castle on the Rise here.

Read the full review of The Painted Castle here.

2. The Curse of Misty Wayfair by Jaime Jo Wright

It’s easy to see why Wright recently picked up a Christy award.  Her ability to blend timelines is nothing less than spectacular.  While this is a bit dark, it’s the mystery that won us over!

3. Woman in the White Kimono by Ana Johns

Based on real events in post occupation Japan, this story played out beautifully.  We’re huge fans of literature set in Japan and this title has been one of the best we’ve ever read.

4. The Lost Vintage by Ann Mah

This book takes place in a French vineyard in both World War II and present day.  It’s sort of a Cinderella story of the Resistance, but not all endings are happy. 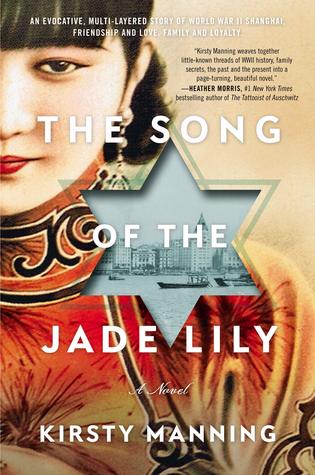 5. The Song of the Jade Lily by Kirsty Manning

Many time slip novels are based on actual events for the historical aspect.  This was no exception as Manning brought to light the Jewish immigration to Shanghai after Kristallnacht as well as the Japanese Occupation shortly thereafter.  Combine this with a young female trying to figure out her heritage, you’ve got a fantastic book!