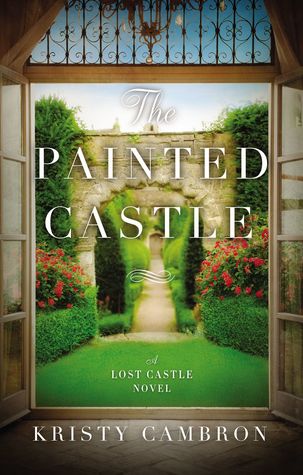 Cambron does an incredible job bringing this series to a close!

In present day Dublin, Kiera Foley has returned home from a venture in New York working on art history. Her career and relationship both fell apart at the hands of the family she hoped to join.  Now working at the family pub, she has a patron that continually comes in every night, orders a pint of Guinness that he never drinks, and offers her a job proposal.  Emory Scott, also disgraced from the art world, has found what appears to be a lost copy of a famous painting of Queen Victoria.  This could be a tremendous find, but he needs Kiera to help authenticate the painting.  As the pair begin to investigate the estate that the painting was discovered, they find information linking the painting to two other time periods.  The stories that surround this painting begin to bring life back into the manor that was once forgotten.

Once again Kristy Cambon does a great job of weaving three stories that center around a common object, which is painting in this book.  The present day time period centers on the youngest of the Foley siblings, who has been mentioned in previous books but not met until now.  Kiera is young and has been recently hurt both emotionally and professionally.  She returns home to heal and figure out a new direction for her life.  Similarly, Amelia Woods, who is set in 1945 during the end of the second great war, has also been hurt emotionally by the death of her husband.  But her hurt is much deeper than just his death.  One hundred years prior, Elisabeth has been lied to her entire life and once she finally learns the truth, it shocks her to the core.

I’ve so enjoyed this series and am sad to see it end. Each story has centered around a strong female lead that isn’t looking for romance, but always manages to find it at just the time it is needed.  I love the history that she weaves into each of the books.  Readers will be able to tell that her passion is writing during the World War II era as it shines through each of the books.  The previous books centered around a castle and this one centers around an English estate, but still has plenty of charm.  I recommend this book to readers who love different history periods as well as great time slip reads.

One thought on “The Painted Castle”