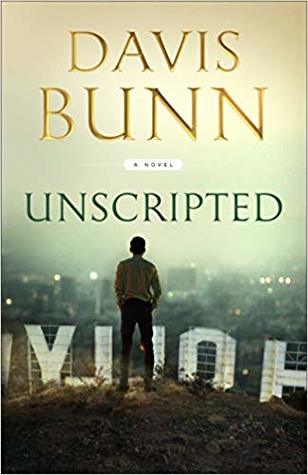 Davis Bunn gives readers a terrific story that will be sure to have them talking to others about the uniqueness of this book!

Danny Byrd has made quite the reputation for himself in Hollywood as being someone who is reliable in the film industry. As a behind the scenes accountant, he manages production of films with a tight crew that always make money.  However, that all changes when his business partner, and best friend, empties out all the accounts and leaves town with the money.  When checks start bouncing, only Danny is left to take the fall.  Now sitting in a jail cell, Danny begins to wonder if all his luck has run out.  Then he meets Megan Pierce, a high dollar LA attorney who has been hired to secure his release.  Megan has been struggling with her career herself and what she has sacrificed to work at her firm.  After she get’s Danny released, the two head to San Luis Obispo to meet with another legal firm that has a beneficiary package for Danny.  At this meeting, both of their lives change.  Can they both take advantage of a second chance?  And is there an attraction between the two that can overcome each person’s baggage?

This was just an overall great book! There are a few authors out there that I can just pick up and enjoy a good story and Davis Bunn has just added himself to the list.  There is not really a common theme that several other books out there follow.  This book has a message of redemption and Bunn subtly explores that with Danny.  It is so different from his science fiction and fantasy novels, that it just feels right.  The characters undergo a transformation for the better, tough conversations are had, and people are helped out in the end.  It reminds me a bit of Charles Martin’s writing in that its just enjoyable.  I hope that Bunn writes more stories like this that aren’t necessarily in a series, just a snapshot in time of someone’s life.

One thought on “Unscripted”