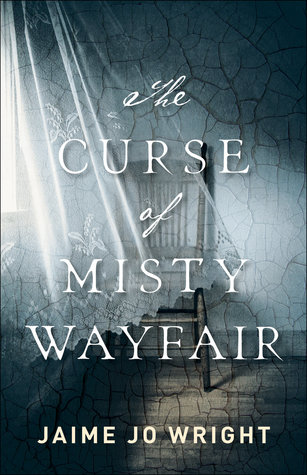 Two tales twist together to reveal a superstitious mystery.

Traveling photographer Thea Reed has been making her way to the small town of Pleasant Valley, Wisconsin to locate the mother who abandoned her in an orphanage when she was four.  Taken in by a photographer and his wife, Thea has learned the trade on production of memorial photographs, which she takes of Rose Coyle and her recently deceased sister Mary.  As Thea settles in the small town, she learns of a curse that has been put upon the Coyles’ so that they often die unexpectedly.  And each time before they pass, it’s said the ghost of a woman who was murdered is seen.  Clues eventually lead Thea to an asylum just outside of the town’s border in the neighboring woods.  Will her quest lead her to be haunted by the ghost as well?

One hundred years later, Heidi Lane ventures to Pleasant Valley, Wisconsin because of a letter that her mother wrote.  Heidi always felt that she didn’t belong with her structured family, so she left out as soon as she could.  Now her father has died, her mother has dementia, and her sister and brother-in-law are running a lodge complex.  Her sister Vicki needs her help, but when she stumbles on a photo album in an antiques shop that contains a photo of a deceased woman who looks just like her with the name Misty Wayfair scribbled on the back, Heidi begins to have strange occurrences happen to her.  From messages on a mirror to random notes to arson, Heidi starts to fear for her life.  But will people believe her? Or just assume she is trying to get attention?

Wow!  This book was really hard to put down at night because you felt like someone was going to be watching you though a window.  Seriously, it puts goosebumps on your arms while you read it.  What a great story that Jaime Jo Wright has brought to life.  Two tales that intertwine to reveal the mystery behind a curse.  It’s interesting to see that what may be solved can still live as a misguided legend for another century.

Both Thea and Heidi are similar in character.  They are insecure, but for different reasons.  Thea for her abandonment and Heidi for her need for independence.  Both women also strike up relationships with men that are quite different from society as well, but still good natured at heart.  The story flowed flawlessly between two time periods and several times I found myself wanting to just continue with one storyline to get the final answer but was so much more intrigued each time it switched.

If you love great fiction, especially with a storyline that will frighten you at times when reading, give this book a chance.

I received a complimentary copy of this title from the publisher.  The views and opinions express within are my own.

2 thoughts on “The Curse of Misty Wayfair”