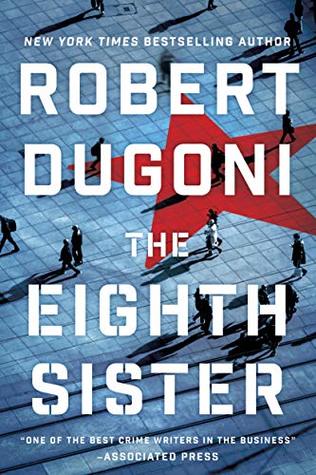 Robert Dugoni’s newest series starts off with a stellar story that will hook readers and keep them guessing until the very end. Another well-crafted story by one of the very best.

Charles Jenkins thought he had left his spy days behind him decades ago. He has a wife, son, and a new baby on the while with his security business is falling apart.  Just when things are at their worst, his past comes back into the present when his former bureau chief shows up with an assignment for him that could save him financially. He must travel to Moscow to find a secret Russian agent supposed to have been killing members of a US spy cell known as the seven sisters. With no other alternative, Charles agrees to the mission and heads to Russia where he finds what he least expects, the eighth sister. His mission doesn’t go off without complications and he finds himself trying to escape with no help from his country and risks his life to get back to his family he left behind.

In typical Robert Dugoni fashion. readers are given a thriller that is unlike anything written by most authors out there. When Dugoni writes a thriller, readers are going to be pulled in and given a story they will be thinking about for days after they turn the last page. I loved the way he tied in David Sloane even though this was not a David Sloane novel. Charles Jenkins looks to be a stellar lead character for this new series and is able to bring in secondary characters that I can’t wait to see how they are further developed in future novels. The first half plays out as more of a spy thriller and the second half goes more into a legal thriller. Each are great in their own way and are still able to drive the story forward with tension between the characters and what is going to happen. This is very different from the Tracy Crosswhite series, which is my absolute favorite series. I was a little skeptical going into this that it wouldn’t live up to my expectations, but I am happy to say this was another great read by Dugoni.  I really enjoyed the start to this new series and can’t wait to see what will come next. I recommend this to readers that enjoy Dugoni’s writing style and a great spy/legal thriller. If you have never read anything by Dugoni, the start of this series would be a great place to begin your journey.

2 thoughts on “The Eighth Sister”