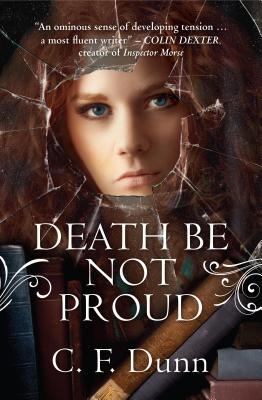 Series: The Secret of the Journal #2

The second book picks up where the first left off and answers some questions, but also leaves many to be answered!

Emma D’Eresby has left Maine and Matthew Lynes behind after the vicious attack she suffered by a psychotic professor at the college where she was teaching. Matthew might have saved her during the attack, but she still doesn’t know what to make of him.  Back home with her family, she is more distraught than ever.  She knows she is falling in love with Matthew, she just isn’t sure exactly what he is.  All signs point to him not being “normal,” but she doesn’t know more.  As her physical and emotional state continues to deteriorate, her parents invite an old family friend to come evaluate her.  During their conversation, Emma realizes that this doctor has spoken to Matthew more than thirty years before, and his description matches the Matthew she knows now.  She goes into research mode and determines that Matthew has roots close to her home.  Using the journal, she is led to understanding Matthew’s secret.  Unexpectedly, Matthew arrives and professes his love for Emma.  She now must decide if she can trust him and he has to decide if he can share all of his deep secrets with her, things he has told no one before.

Once again I find myself comparing this second book in The Secret of the Journal to the second book in the Twilight series.  Not once is a vampire mentioned here, but I find the similarities between Emma and Bella striking.  They are both smitten by a tall dark man and taken with him before they realize what is happening.  They also know that he might not be the safest person for them to be with but they refuse to see the logic in that and follow their hearts regardless.  Emma uses her skills as a researcher to determine what Matthew has been hiding.  These attributes suited her well.  I’m not sure if it was intended, but Matthew came across as too mean and rough at times.  In the first book, the obvious love he had for her was seen with the care he took in tending to her needs, especially after her injuries.  I like the way Emma isn’t portrayed as totally dependent on someone and completely helpless.  She does rely on Matthew but at times you can see the fighter in her come out.  The negative reviews I’m seeing for this mostly go with having not read the first in the series making this less enjoyable.  I think it is important to read the first before diving head first into this one, mainly to understand the context of the relationships and how they might change throughout.  I did like the dynamic change between Emma and her father.  That relationship really developed the best of all of the characters, which probably shouldn’t have been the case since Emma and Matthew are the main characters.  Overall this was an enjoyable read and very quick.  I recommend romance lovers, especially those that enjoyed the Twilight series pick this up and give it a go.

I received a complimentary copy of the book from Kregel Publications for an honest and thorough review. The views and opinions expressed within are my own.