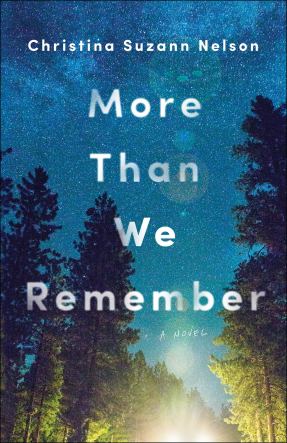 One moment changes everything in the lives of three women.

Deputy Emilia Cruz is the first responder to the scene of an accident in the early hours of the morning. She discovers a two-vehicle head on collision which claims the life of a single mother to three boys. The other car contained the high school basketball coach who survived but is believed to have been drinking. This infuriates Deputy Cruz as her husband was a first responder fire fighter to an accident caused by an alcoholic the left his physically disabled. She’s more determined than ever to fight for justice regardless of who the victim is.

Addison Kilbourn is woken up in the night to find that her husband still hasn’t returned home from meeting someone in a neighboring town. She answers the door to find a deputy sheriff with news that her husband was in an accident and has been taken to the hospital. Life has been difficult enough moving to her husband’s hometown and living with her mother-in-law while they build their house, but she soon learns public opinion about her husband accident brands her family.

Brianne Demanno is trying to hide from her past and present. She always wanted to be a counselor and she got her wish, but after one of her patients committed suicide, she doubts her abilities and decides to delve into the solitude of artwork. When a deputy accidentally knocks on her door instead of the Kilbourn’s, she decides to go over and help the family by staying with the children so that the mom can go to the hospital. Brianne begins to connect with the kids and with their mom Addison, who may be the first real friend that she has had. Will this family be enough to pull her out of seclusion and help her start to live again?

One of the greatest aspects of Nelson’s writing is that she is able to connect her characters in ways that mimic real life. In every book that I’ve read by her, she brings multiple broken families together and connects them in a healing process. This book was no exception. Each woman’s story showed the immense struggle they were going through. Addison was insecure dealing with her husband’s accident, mother-in-law’s memory loss, and her oldest daughter that was now a teenage. Emilia struggled with her job, husband’s disability, and daughter’s friends. Brianne struggled internally with feeling inadequate. Each woman on their own would have faltered, but together they made bonds that helped them move forward. In some cases, it wasn’t even the relationship between the women, but between their kids. Nelson is becoming one of my favorite authors for this genre and I hope that others find her work encouraging too.