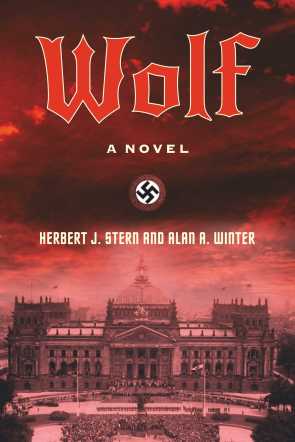 In 1918, a young man wakes up in a German hospital with no memory. Referred to as Patient X, he undergoes major plastic surgery for shrapnel wounds that he received to his face, head, and body. As his physical scars heal, his memory continues to elude him. Once he had healed physically, X was transferred to a mental ward in Pasewalk Hospital near the Poland border. He began to see a new doctor and while his memory recollection falters, X is given an opportunity to assume the name of a fallen soldier, Friedrich Richard. He also befriends a new patient sharing his room who is being treated for blindness from a gas attack in the trenches. He comes to call this friend Wolf. Upon their departure of the hospital he learns Wolf’s true name, Adolf Hitler.

It was in Pasewalk Hospital that Hitler’s plans were put into motion. Originally a quiet painter and appreciator of art history and architecture, Hitler tied his emotions to his love of Germany. In spite of the gas attack, Hitler’s blindness was attributed the Fatherland’s defeat in the Great War. His doctor came to realize this and told Hitler that he was destined to be the one to lead Germany into a new era of greatness. Within minutes Hitler’s sight returned. Over the next fifteen years, Friedrich led an interesting life that remained entangled to Hitler. However, their views were not always in sync. Hitler keep Friedrich as his most trusted ally as the only person who knew the truth of what happened at Pasewalk. Friedrich also remained loyal to Hitler and often became the only voice of reason that the Fuhrer would entertain.

For someone who voraciously reads about World War II history and events that precede that war, I realized that I have not researched as much on the time frame from 1918 to 1933. I learned so much from this book. Even though it is a fictional account, the events and timelines all match up. And it wasn’t just Hitler’s history that was interesting, but about many of Germany’s industries that have been merged together with names we know today but were separate players during this time frame. This book also introduced some US history that we’re not rather proud of but is important to know about so that it doesn’t occur again.

One of my favorite aspects to historical fiction accounts is when it makes me go research the credibility of the book. I would spend a couple of hours reading through this and then spend another couple of hours researching out what I had just read. It all matched up. Several of the historical characters were fun to find out more about to see what they went on to do during the war. I think that this is one of the greatest compliments that an author can have. Job well done.

As for the story itself, it flowed great and I enjoyed Friedrich as the narrator. I can’t personally understand his willingness to drop everything at a moment’s notice to help Hitler. I’m sure it had to do with Hitler being (literally) his oldest known friend due to the amnesia. But there were times that Friedrich had a really good thing going and he ended up throwing it away. Even so, it was fun to see the adventures he had from working on a cruise liner, to a film scorer, to overseeing security for nightclubs.

There is some occasional harsh language throughout the book as well as multiple references to sex, underage sex, and other elements that will make some readers uncomfortable. I recommend this book for mature readers who enjoy the historical time period. Based on the merits of the research, I’m giving this book 5 Stars!