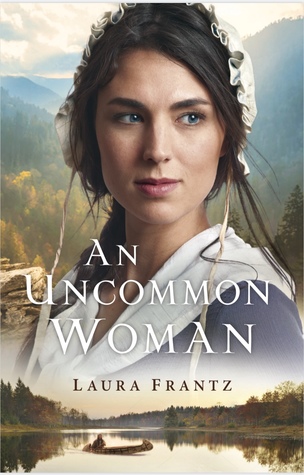 Franz shows why she is one of the elite authors of historical fiction during the prerevolutionary war time period!

Tessa Swan grew up the only daughter of a Scotsman in western Virginia during the 18th century. To say that she is an uncommon woman is an understatement. Living in the wild frontier borderland and having to fight off the local native American tribes has made her a bit rough around the edges and she’s not sorry for it, especially after her Pa was felled by a tomahawk. She’s seen friends be taken by the tribes and had to wonder what happened to them. When she meets the new Fort Commander, Clay Tygart, she can’t deny that there is something unspoken that passes between them. But as Clay tries to focus on his leadership duties, will she manage to distract him long enough for more than a passing glance?

Clay Tygart grew up wild after he was taken as a child by the Lenape tribe. After he was rescued, he made it his mission to keep other people safe from the same occurrence. He fought in the French and Indian War and become a hero, which resulted in a frontier fort bearing his surname. Once he arrives at Fort Tygart, he meets the Swan clan. The lone daughter named Tessa quickly garners his attention, but he knows that he must focus on being the commander now and not on a romance, which he has always easily avoided. When Tessa gets taken by the same Lenape tribe that kidnapped him as a child, he realizes that his heart has been taken captive as well. Clay knows he must get her back.

Laura Franz does a terrific job taking readers directly to the time period she is writing about. This has always impressed me about her books and An Uncommon Woman is no exception. I felt as though I was transported to the western frontier of Virginia in the opening scene while journeying down the river and spying the two native American tribes on the bank. The language she uses easily sets the scene and the use of dialect made me feel I was hearing the characters talk. She reminds me of reading James Fennimore Cooper but does it in the present. If you enjoy historical romance stories set in this time period, this is a must read to add to your shelf.