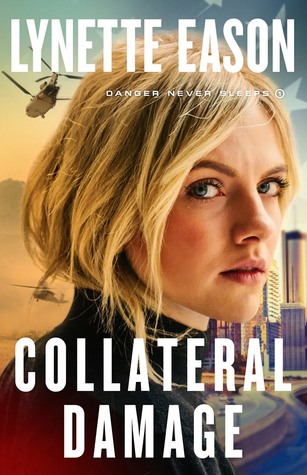 Lynette Eason keeps getting better with each new novel and fans of her work will absolutely love the start to this new series.

Brooke Adams thought she left the danger behind after being honorably discharged from the army as a military psychiatrist. She still has nightmares about the explosion that nearly killed her while trying to move on with her life at home. When a stranger from her past shows up in her life, things get complicated and she finds her life in danger once again. Sergeant First Class Asher James may be out of the army, but he is far from danger. When he closes his eyes, the terror he faced comes back full force. After a bad family encounter, he decides it is time to see someone for help. When he sees a picture of Brooke in the paper from their time together overseas and learns she is now counseling close by, he makes an appointment hoping she will be able to understand and help him. He arrives at her office hoping to see her and finds a dead body instead. Brooke walks in moments later and is as shocked to see him as she is the dead body on her floor. It doesn’t take long for either of them to realize Brooke was the real target and now they are both in danger. Asher promises to protect her and get to the bottom of who is after her and what they want.

With each new book, Lynette Eason is developing stories that are fresh, feel real and will leave readers wanting more. I am falling more and more in love with her writing as she releases each new book. Brooke and Asher were a great lead couple in this series; I loved the way their relationship started and the fact that none of the romance in this novel felt forced. Sometimes in a romantic suspense novel, the romance can feel forced and take away from the storyline for me. Here readers get to see it all flow as it naturally should. I have to say there were a few moments I was caught by surprise with a few of the characters and their actions, a job well done. Even though part of the story takes part overseas with the fighting it was never difficult to follow who was where and keep up with the different story lines. This book has a good number of characters and I can’t wait to see how they continue to develop with the next in the series. My only complaint would be the ending fizzled just a little bit when I was hoping the tension would be ticked up an extra notch or two. Still, it was an overall wonderful read and I highly recommend it to fans of Romantic Suspense and especially fans of Lynette Eason’s writing.