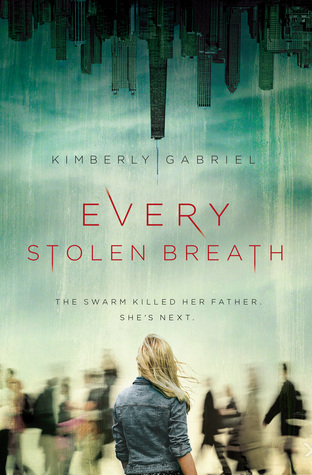 An intense, electrifying YA novel that will leave readers holding their breath until the very last page!

The Swarm, a mob that leaves no trace, no evidence and no way to know when they will strike next, has left everyone in the city scared to go out in public. Lia Finch lost her father to the swarm two years ago and they haven’t attacked since. Since her father’s death, Lia has been working to uncover the truth behind the swarm and stop anyone else from being beaten to death. What she is trying to do is no easy task as she is still suffering from PTSD from her father’s murder and the asthma she has lived with all her life can cripple her at any moment. She learns the date of the next attack and puts her life in danger with the swarm when a stranger comes to her rescue. He knows the swarm better than anyone because he is a part of it. They must work together to find out what the swarm is planning and stop it from happening without getting either of them killed.

If you are a fan of Young Adult books that read quickly, have an intriguing plot (that is partly based on a true story,) and characters that pull you in from the very beginning, you are not going to want to miss this one. I loved Every Stolen Breath. This was such an amazing book to start the year with. Lia and her search for the truth behind the murder of her father makes for such a solid protagonist. I loved her flaws and her troubles that made her such a relatable character. All she wanted was to be able to bring down the swarm and find out who is truly behind the death of father, but by doing so she puts herself in danger. She isn’t afraid of the danger but is afraid of more of her loved ones getting hurt because of what she is looking into. The more she digs into things, the more those around her are targeted and this is where the story really got good for me, seeing how she is affected by those around her being targeted had me so much more invested in the story and the characters. When I, as a reader, am more invested in the characters the story is taken to a whole new level, which happened with Every Stolen Breath. It is hard to find a YA book today that is clean, has a good story line, and characters that will draw you in. Thankfully this is a book that has all of that and more. I recommend this book to readers, young and old that enjoy a great read that will keep them reading way past their bedtime.