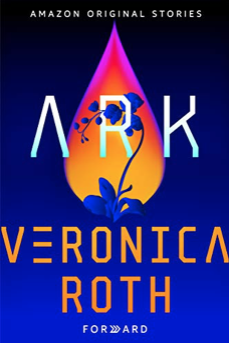 The start of this series already has me hooked!

Earth as we know it is coming to an end. A five mile wide meteor was discovered decades ago and its eventual trajectory will collide directly with Earth.  When it does, it will shred the atmosphere and completely obliterate an area the size of the United States on impact.  The next few days after impact, all life on earth will perish.  Suddenly borders didn’t matter anymore because everyone was an earthling.  A new location for the next Earth has been found and the planet’s inhabitants have been evacuated on airships.  Even though most on board won’t live to see the new colony, their children will.  Those left no family that have a master in science degree are given the opportunity to stay behind and categorize as many samples of species on current Earth to bring to the new Earth in the Ark.  Then days before the meteor impact, they too will be evacuated.  But not everyone has a reason to leave.

This new series has me hooked. Six well known authors are putting together a series that centers around a common theme, but aren’t necessarily tied together.  Roth is such a master at building dystopian worlds that this come across naturally.  Samantha is the main character and has led a rough life with the death of her parents.  She has no one left and as a horticulturalist is given the opportunity to stay behind and categorize samples of plant life.  I loved how she was able to find new life for herself in the death of her planet.  I can tell that I’m going to want more from each of these stories instead of the snippets in time that readers are provided.  Hopefully this project will be granted a continuance.  If you love a good futurist science fiction story, then you will love this series too!