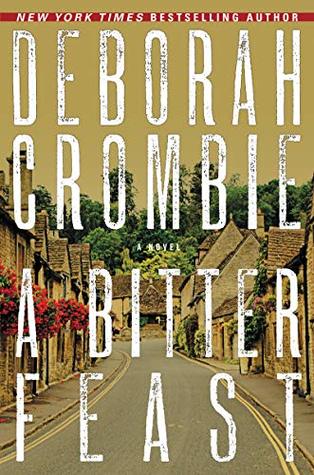 Fun mystery set in the English countryside.  Does an autumn read get better than that?

Duncan Kincaid and Gemma James have been invited by Gemma’s coworker Melody out to Melody’s parents’ estate in the English country for a harvest festival.  What Gemma hopes to be a restful weekend is abruptly changed when her husband Duncan is broadsided in his car by a local retired hospital administrator named Nell Greene.  Unfortunately, Nell does not survive the crash.  But what is more mysterious is that there was a man in her car who appears to have already died prior to the impact.  As Duncan and Gemma join the local detective investigator to make sense of the situation, another mysterious death occurs.  It will take everyone to figure out what is really going on in the small town of Lower Slaughter and hopefully they can figure it out before more deaths occur.

I thought this book was a stand alone, so imagine my surprise when I discovered that it is actually the 18thbook in a series.  Don’t let that deter you from selecting this title, because it may hook you to go back and read a few of the previous novels.  At first I was a little overwhelmed because there are so many different points of view, several within each chapter.  However, after about fifty to seventy-five pages, the characters voices really fleshed out and the story really took off.  I enjoyed getting to see so many supporting characters build out their flaws and really get developed.  As I said earlier, I’m going to have to go back to some of the previous novels and discover more about these characters.  There is some occasional foul language as well as some implied sex between characters, but nothing graphic.  Even so, I still recommend this to mature readers that enjoy a good mystery with a British setting.

3 thoughts on “A Bitter Feast”