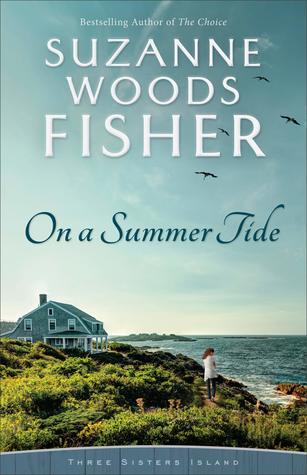 Even close families can grow apart during the best of circumstances, and in the case of the Grayson family, it happened during one of the worst times of their lives.  Sisters Camden, Blaine, and Maddie Grayson were close despite their varying personalities, but after the tragic death of their mother, they seemed to grow apart.  Cam adopted her best friend’s son upon her friend’s death and put her business acumen to work in a high-stress job.  Maddie immersed herself in her social work studies, but became distant and unattached from anyone else.  Blaine went to community college but couldn’t decide on a major, so after several years without earning a degree, the school asked her to sit out so she could make some plans about her life.  They all thought their dad was taking things well until he told them out of the blue that he had sold their family home and bought a small island off the coast of Maine.  Thinking he was out of his mind and had gotten in way over his head, the girls take some time off and spend it with him, helping to get the former camp where he and their mother met back into working order.

While there, the Grayson family meets up with some friendly locals, while others are downright hostile.  Some welcome the chance to reinvigorate the island, but some are clearly against it.  As the story progresses and more characters show their true colors, we learn why they have such a problem with change.  Along the way, the sisters each do some soul searching and changing themselves as they finally acknowledge their denial to their mother’s death.

Suzanne Woods Fisher is generally known for her Amish fiction, but in it she always shows the humanity of the characters while they solve some kind of personal conflict.  This story is not about the Amish culture, but it does still stick to the same formula of having complex characters deal with a tough situation.  In this case, it takes until the end of the book to reveal why the mother’s death is such a huge impact on everyone’s life.

I tend to enjoy Suzanne Woods Fisher’s books for her likeable characters and interestingly complex situations.  This book definitely fit the bill, and I was immersed as soon as I picked it up.  It’s a quick and easy read, but the situations definitely stick with the reader long after being done.  I am still dreaming of owning my own island off the coast of Maine because of her ability to bring things to life and make them real.  Having a family member randomly buy such an island is not that common, but the family dynamics and conflicts definitely are, and even in such an idyllic setting, they show how difficult yet beautiful life can be.

The characters were all interesting, and except for the “villains,” likeable.  The scenery is described in such vivid detail that I felt as though I were there.  All in all, I really enjoyed this story and look forward to more in the series.