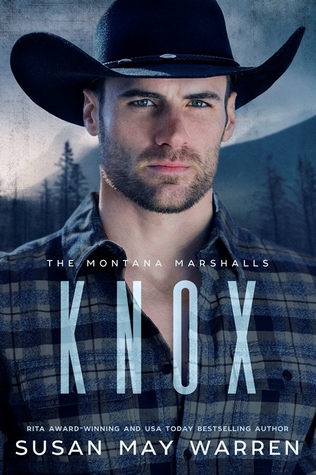 Fans of Susan May Warren will not want to miss the beginning of the Montana Marshall series. This is by far the best I have read by her and am aching for the next installment!

After his father died, Knox Marshall knew he must settle down and run the family ranch. His dreams of becoming a professional bull rider put on hold so he can raise champion bulls for the National Professional Bull rider’s Expo. He has a good life on the ranch but starts to wonder if the best has already happened for him until he meets Kelsey Jones. Kelsey has a hard past, her parents were murdered, and she was beaten and left for dead when she was fourteen. Now she puts her past trials into her life as a country singer. No matter how far she goes though she can’t outrun her past to find the safe and secure future for which she longs. When she meets Knox Marshall, everything she has ever known is thrown out the window. With an exploding relationship and more danger around them than either could anticipate, this might be a recipe for disaster or the perfect romance in the making.

Susan May Warren is one of the very best romantic suspense writers on the market. Her Montana Rescue series is still one of my very favorite and as hard as it is for me to say this, I think Knox and the Montana Marshall series might just be even better. I absolutely loved the way she tied in characters from the Montana Rescue series flawlessly into this storyline. I can just see more of those characters popping up in future books in this new series. Tying the two series together in that way could be risky but now with Warren at the helm, she weaved storylines together that other writers wouldn’t dream of being able to make flow. It will be easy for readers to fall for Knox, as well as the other Marshall men, within the first few pages of reading. Knox is everything a cowboy heartthrob should be, and I loved reading about him. The chemistry between him and Kelsey was steaming off the page. Regardless of how much Kelsey wanted to steer clear of any romance, there was no getting past what her heart wanted. Her story line is one of my favorites. I was drawn in by her history and what she went through and how it affected her in the present that everything else flowed and kept me intrigued. I don’t want to spoil the story, but readers will be walking away from this wanting to throw the book at the wall (in a good way) and pacing the hall until they can get their hands on the next in the series. All I can say is if the rest in the series are half as good as the first, readers will have a new favorite author without a doubt. I recommend this book to fans of Susan May Warren and those that may not have read anything by her but love western romantic suspense.

I received a compliment copy of this title from the publisher.  The views and opinions expressed within are my own.

One thought on “Knox”