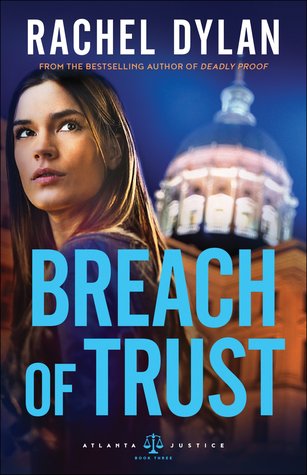 Book three of the Atlanta Justice series brings the most powerful and emotional story to date.  Fans of the series will not want to miss this one!

When Mia Shaw finds her friend and co-worker brutally murdered. everything she has known about the law goes out the window. She wants justice for her friend and vows to do anything in her power to put the murderer behind bars. Working as a lawyer, she knows how the system should work and hopes she can use that to her advantage to help the investigation. The man they arrest says he is innocent and hopes his friend, Noah Ramirez, a security tech expert can help prove it. Mia has to take over at work for the case her friend had been working on and soon learns there might be more to his death than everyone originally thought. Secrets come to light that have her wondering if she stumbled upon corporate espionage and much worse. She turns to Noah for help and even though they have a different opinion on the case. she is still able to trust his judgment and feels safer with him working beside her. Together they must solve the murder case and try to stay alive in the process.

I have loved the Atlanta Justice series and am very happy to say that the finale does not disappoint. I think Mia might just be my favorite of the characters. Her emotion in this story made everything so much more real. Mia is the kind of character that feels deeply for those she cares about and brings that quality into everything she does using it to help her solve the most dangerous of cases. Noah was more of a grounded character that helped Mia navigate through the mess she finds herself in. The relationship between these characters was written well and I found myself rooting for them. I really love the way Dylan brings in her real-life law experience to make the story points realistic and play out as they should. Fans of romantic suspense will love this finale in the series. I especially loved the twist at the end. I can usually see those kinds of things coming but didn’t see this one and loved the way it worked out. I recommend this to fans of the series but also readers who haven’t had a chance to read any of Dylan’s work yet, this would be a great one to start with. Even though it is the third in the series, it can be read as a stand-alone without missing anything.