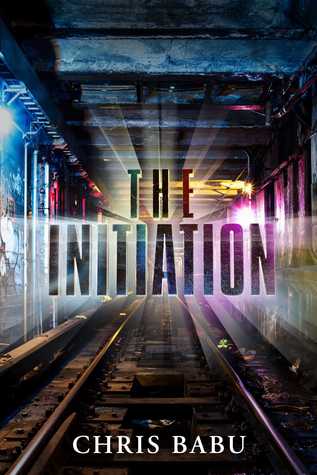 Fans of The Hunger Games will be excited about this new series!

Despite the warnings, doctors continued to over prescribe antibiotics.  Once the greatest medical advancement, now an adverse effect has been created.  Bacteria continued to develop until antibiotics no longer provided any effect.  This created superbugs, which in turn created the confluence, an epidemic that begin to wipe out civilization.  In an effort to save humanity, Manhattan Island was walled off from the rest of the world and set into a quarantine.  As people planned for equality and lives free from power, wealth, and corruption. New America was born and divided into four cells.  Most people live in the Dorms sector, which has been getting the shaft from the other sectors as of late, but for an unknown reason.  New American is failing.

Drayden is a 16-year-old math whiz who is about to graduate and take a job in the dorms.  Suddenly his mom is exiled from New America for conspiracy.  He knows something isn’t right about this and the only way to find out is to enter a contest known as The Initiation.  A series of puzzles and tests await him in the abandoned subways as he travels from the Dorms to the Palace.  If he survives, his remaining family can move into the Palace with him and he will be able to find the truth about his mom’s exile.  If he fails, he faces exile himself, or possibly death.

Dystopian literature is the fastest growing reading genre today and several new books hit the market every week.  It’s difficult to weed through what might be worth reading and what is better left on the shelf.  This book took a little bit to set up, but once it did, it really took off.  It takes on the familiar trait of kids that are living in the least respected quadrant of ruined America that have the opportunity to make a better life for themselves.  In this case, it’s an event called the Initiation and requires them to pass several different challenges to move forward.  The character development was done very well.  Drayden was instantly likeable.  Alex was the perfect antagonist that you loved to hate.  The other characters pretty well fit in where you would expect, with a few flaws possibly.

If you enjoy this style of book, then you will likely enjoy this one as well.  There is some mild language throughout, but nothing that is not expected in today’s society.

I received a complimentary copy of this title from the publisher.  The views and opinions express within are my own.