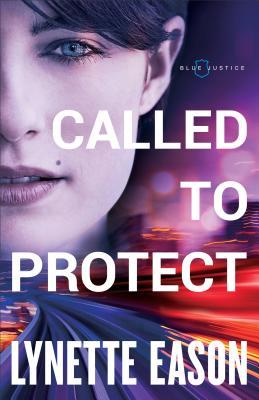 Chloe St. John is one of the top officers in the K-9 unit with her partner Hank. After a rough break up, Chloe has decided Hank is the only man she wants in her life.  She and Hank have been working on a human trafficking case that has ties to her missing cousin.  US. Marshall Blake MacCallum has been on protective detail of a judge in town after the judge receives death threats for his tougher stance on human trafficking.  When Blake’s daughter goes missing, he receives a message telling him that if he wants to see his daughter alive he has to kill the judge.  A task force is assembled to take down the people behind everything and Chloe and Blake work together to find his daughter and hopefully find answers to what happened to Chloe’s cousin.

This has got to be one of the very best romantic suspense novels I have ever read. Most of the books I read lead up to that point of biting my fingernails to see what is going to happen and then it stops the tension before it actually gets to that point, something that is truly frustrating.  I usually feel that the author could have carried the action and tension a little further, even without getting gory or to a point that would turn readers away.  Eason found a way in Called to Protect to make every page a nail-biting experience.  I felt a connection with Chloe from the very beginning.  Her passion for her job and her passion for helping those around her pulled me in and had me rooting for her to succeed.  I had a few questions about Blake and if I should really connect with him at first but it didn’t take long to find that connection and root for him as well.  The plot line of this story is a very sensitive subject as it deals with human trafficking.  As much as we would like to say it doesn’t exist, it does and we have to do what we can to keep it from expanding.  Without giving anything away, I loved how it played out.  It wasn’t a quick unrealistic ending, each character brought exactly what they were supposed to at just the right moment to let the scene come together perfectly.  The ending is left open for the next in the series and I feel certain it will deal with Penny, Chloe’s cousin and after the little we read of her here I can’t wait to see what more is in store for these characters.  I recommend this to readers that enjoy a fast paced suspense read that is going to leave you thirsting for more.

One thought on “Called to Protect”