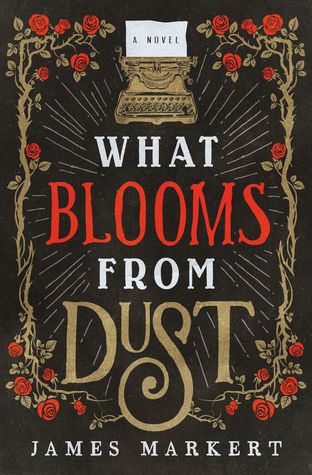 Beautifully written, yet mysterious novel of the Oklahoma Dust Bowl.

Just as the electricity was jolting into Jeremiah Goodbye in the electric chair, a tornado struck the prison freeing him and giving him a second chance at life. Penned as the coin flip killer after being convicted of the death of four men, Jeremiah spent three years in prison awaiting his turn to die.  After being released, his Oklahoma no longer looks like it did when he went into prison.  With the flip of his coin, he decides to return to his hometown of Nowhere to settle a score with his twin brother Josiah.  On the way, he rescues a young boy, Peter, being sold to feed a family.  Peter tags along with Jeremiah to Nowhere where the dusters have ravaged the town and the spirits of the people.  When a huge duster that becomes known Black Sunday hits the town, people start to speak the truth in their hearts, however ugly it may be.  Before long, it’s up to Jeremiah and Peter to become unlikely saviors for the town that cast him out three years ago.

I wasn’t sure what to expect when I picked up this book, but I enjoyed every minute of it. I’m a huge fan of history of the dust bowl, which may be because I live in the Texas panhandle, so I always read up on it every chance I get.  This book was beautifully written and carried a great message to all readers on kindness.  The book description made me think that I would be reading more about a mystery, and it was mysterious, but not in the ways that I originally thought it would be.  I really enjoyed getting to see the goodness come out of the main character and how it spread through an unlikely boy to all of the townsfolk.  It would be easy to give away the secrets of this book, but I would rather have people read it and find them for themselves.

3 thoughts on “What Blooms From Dust”