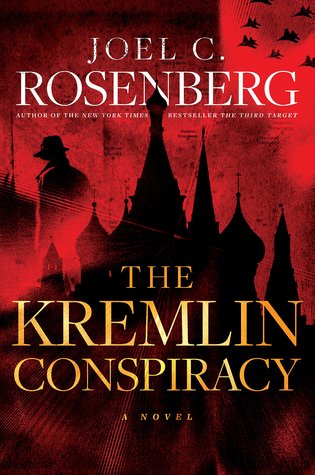 Several apartment bombings in Russia throughout the late 1990s were attributed to Chechnyan rebels. Russian’s defense minister has sworn to protect the people of Russia and the tide seems to turn in his favor both in reduction of attacks and popular favor.  He soon gets elected the country’s new president and begins a reign that he believes will rebuild Russia from the devastation of the cold war to become the leading super power of the world.  With unlikely allies in Iran and North Korea, the president begins a masked message of peace while supplying the countries with means to produce nuclear weapons.  With ambition and power on the rise, does anybody have the guts to stop him?

Marcus Ryker has always dreamed of being a police officer and marrying his high school sweetheart Elena Garcia. An unfortunate family incident changes his outlook on life in several ways and Marcus joins up with the marines shortly after the events of 9/11.  After his stint in the marines, he begins the process of joining the secret service and eventually joins the president’s personal detail.  As Russia’s president begins to set events in motion, Marcus realizes that stakes have never been higher and the US and Russia will come to the brink of war if he doesn’t do something.  Everything he learned to protect his president will have to be used to take out theirs!

As usual, Rosenberg masterfully draws the reader in with the first paragraph and never lets up until the end, which only leaves you wanting more! The story line carefully reflects that of the rise of Putin from head of FSB to defense minister to being elected president of Russia.  Reading the book really jogged my memory back to when the apartment bombings were occurring in Russia and how Putin vowed to take out the terrorists, which eventually got him elected.  If you haven’t researched Putin, I highly recommended that you do so that you can do a compare/contrast to the story that Rosenberg has weaved together.

It’s often been said that Rosenberg writings are prophetic with current events. This one proved to be no exception for as I was reading this book, North Korea has announced they will cease nuclear weapons testing!  Could it be any mere coincidence?  Or are they doing exactly with Rosenberg laid out in this book for present day?  Only the reader can decide!

I always recommend his books for readers who love current events and a fantastic story! Pick up a copy of this book as soon as you can!

I received complimentary copy of this book from the publisher.  The views and opinions expressed within are my own.