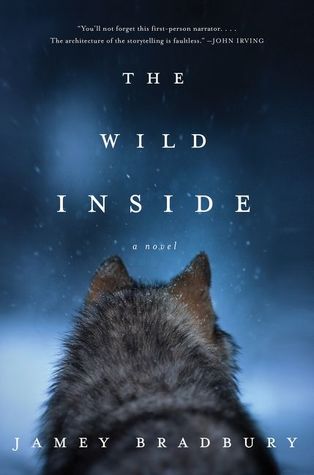 A stunning debut novel that you will either love or hate.

Tracy Petrikoff is a natural when it comes to hunting and trapping. Growing up in the Alaskan wilderness and the daughter of a famous dog sled musher who won multiple Iditarod’s, it only made sense that she follow in his footsteps.  And she does, right up until her mother dies.  Things for her dad start to fall apart after that, including dog sled racing.  But Tracy is determined to get back on a sled to race.  One day while in the woods near the house, she is suddenly attacked by a stranger, but manages to get her knife before she is knocked unconscious.  The next day, a stranger stumbles onto their property with a stab wound and her dad takes him to the hospital.  Tracy fears for her freedom if it is the same man that she may have stabbed.  Then another stranger shows up asking about lodging in their shed.  Tracy doesn’t trust him from the start, but can’t share her full suspicions with her dad as he doesn’t know about the attack.  How can Tracy get herself out of this tangled web?

This was a very interesting book set in the Alaskan wilderness. The scenery was set beautifully by the author and the way of life in the wilderness really brought the concerns families in this area have to life.  Occasional strangers passing through the areas that may or may not have good intentions, even though most are probably on a bucket list item to see Alaska as a survivalist.  I enjoyed the difference in culture that always educates me on other areas.

Tracy was a very flawed character, to say the least. She is basically a wild she-devil living out in the wilderness.  She gets her fill when she is out hunting and sometimes just by drawing blood.  Having the book told from her perspective was interesting and confusing at the same time.  There were times that I had to go back to a previous part to make connections and understand where she was taking the story.

I’m also not a fan of sans quotation mark dialogue. This is just a personal preference, but unfortunately I’ve seen more books going this direction and I really just don’t like it.  Sometimes it hinders the story line and can be just plain confusing.   Aside from that, there were some items that would keep this book from being suitable from a young audience.

2 thoughts on “The Wild Inside”