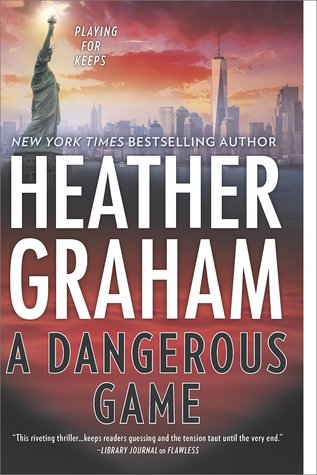 An intriguing plot with a fun, flirty crime-fighting pair that is better at solving crimes than most seasoned detectives.

Kieran Finnegan has just finished up what she thought was going to be a normal day at the office. Being a criminal psychologist, she sees and hears things on a daily basis that most don’t. However, upon leaving the office, she hears a lady yelling her name who then thrust a small infant into her arms, which is by no means an ordinary end to her day.  The woman runs off and is killed on the streets in front of Kieran moments later.  Kieran has never met this woman and has no idea why she would bring this child to her.  Kieran’s boyfriend, Craig Frasier works for the FBI and gets himself involved in the case to make sure Kieran stays safe.  Even though he tells her to stay out of the case, she can’t help but look into what is going on and find out what it has to do with her.

The first thing to note is that this is the third in a series. The second thing to say is for me that didn’t seem to be a problem. I really enjoyed the story and the characters and didn’t feel that having not read the first two in the series deterred from that in any way.  With many elements to the complicated plot, it takes careful attention by the reader to make sure they follow along until the very end to see how things wrap up, which they do quite nicely.  Even though it can be classified as a romantic suspense, the romance didn’t over shadow the suspense.  The story can be a little intense with the content included, between the stolen baby and other aspects it isn’t recommended for a young audience at all.  I thought the story flowed at a very enjoyable pace and the characters meshed well with each other.  Graham did a great job showing the different aspects between Craig being with the FBI and Kieran not but also wanting to help solve the case.  Overall I really enjoyed this book and would recommend this to fans of Graham’s writing and readers that enjoy a good suspense thriller with twists and turns throughout.

3 thoughts on “A Dangerous Game”