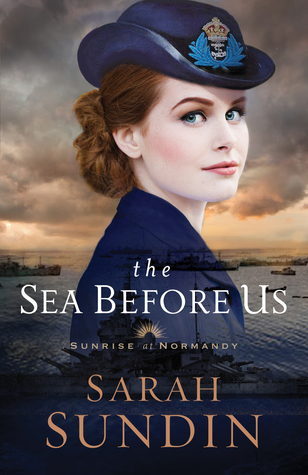 This new historical fiction romance series has definitely gotten my attention and I’m looking forward to the next installment!

American naval officer Lt. Wyatt Paxton is stationed in England in 1944 getting ready for the invasion of Normandy. Wyatt has been running away from his past when a tragic accident spit him and his family apart, so he joined the Navy to get away.  While in England, he meets a  young 2nd Office in the Women’s Royal Navy Service (Wren) named Dorothy Fairfax.  Dorothy lost her family to the London Blitz and is now estranged with her father even though they live together.  She and Wyatt find themselves thrown together in an unusual circumstance that leads to a friendship.  As each finds strength in their friendship to face their past troubles, Dorothy believes that romance can never be as she is smitten with a British naval officer.  But she may never get the chance to find out as Wyatt is sent to sea duty for the invasion.

This new series is very promising. As a huge fan of World War II, it plays right into my interest.  The excitement of Normandy also piqued my interest throughout the book and how the exercises were used to finalize the details.  I also really enjoyed the romance between Wyatt and Dorothy through all the surprises that occurred.  Both characters matured through the story as they were hardened and had to put their trust in God.

If you are not hooked to this story in the prologue, I’m not sure what else could have been done to trap you! I recommend this new series to history lovers and those that love a natural romance.

One thought on “The Sea Before Us”