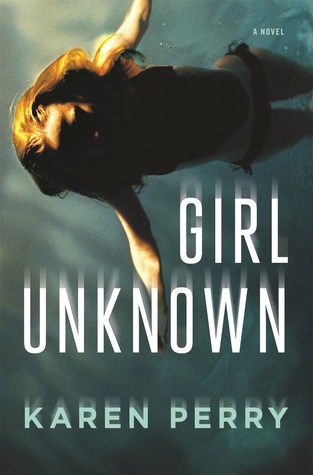 A twisting, gritty tale that isn’t over until the very last word, building to an incredibly tight finale that no one will see coming!

David and Caroline Connolly have had their share of marital troubles over the years, but with work and patience, they have worked through their problems. With two kids, having to care for David’s aging mother, and both trying to advance their careers, the stress can be overwhelming at times. But nothing prepares them for their biggest trial of all when one day a student of David’s at the university comes and says she is his daughter.  David’s past of the fleeting romance he had before he met and married Caroline comes rushing back at him. Now he finds out that out of that romance came a child, a child he never had a chance to know until now. The entire family is thrown into the chaos that ensues from the announcement and the ripple effects are more than any of them could have imagined.

This story had so many twists and turns, and just when I thought I had it all figured out, I was wrong. The back and forth point of views between David and Caroline really give the reader extra insight into the story and wouldn’t have been the same had it been focused solely on only one of their points of view.  It can be confusing going back and forth like this, but the author did a great job tying up loose ends and showing the different sides to the characters.  The family had a very complex dynamic and even though they had problems, they were dealing with them all realistically.  I think that was one of the best parts for me; it was very believable and didn’t have moments that made me roll my eyes in disbelief that can so often happen. It took until the very last page, but all loose ends are taken care of and there are even some surprises thrown in that readers will have no idea they should have been expecting, which was a nice touch.  I recommend this book to mystery and suspense lovers that enjoy a book about a family that isn’t what it seems from the outside.