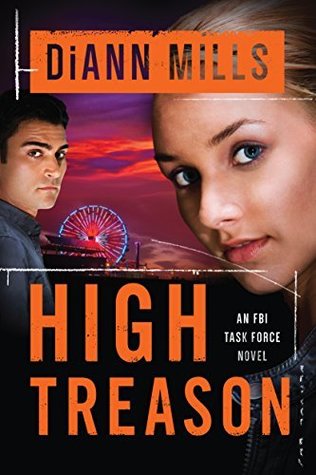 The FBI Task Force faces its toughest case yet trying to protect a Saudi Prince from assassination and keep feelings professional at all times.

When FBI Special Agent Kord Davidson is assigned to the protection detail of his friend, Saudi Prince Omar bin Talal, he hopes to enjoy some time with his friend and also help strengthen relationships between the two countries. He doesn’t expect to be chasing an assassin and finding treasonous members of the prince’s staff out to see him eliminated.  CIA agent Monica Alden is called in to help Kord. Their first impressions of each other are not favorable making it difficult for them to work together. After showing her skills, Kord decides that maybe Monica could be an asset to their team and the two work tirelessly to protect the prince.  Finding the assassin and those working with him prove to be more difficult than either imagined as they always seem to be one step behind.  As the danger increases and more lives are put on the line, Kord and Monica have to dig deep to keep all alive.

Over the years I have come to really enjoy the writing of DiAnn Mills. She writes strong characters, male and female alike, that have to deal with seemingly impossible situations gracefully.  Throughout the course of her novels, readers see characters put aside their differences and work together to solve their cases. High Treason has all the makings for a great romantic suspense novel, but it didn’t pull me in like the previous in the series.  I think the problem for me was having such a diverse group of characters, not that I’m against diversity in any way, I just had a hard time connecting with these characters.  I did enjoy Monica as she was a great character and I think her strengths were played too well, especially towards the latter half of the novel. Kord and Prince Omar were harder for me to connect with.  Mills did a great job of portraying the cultural differences the characters had to be aware and respectful of. While it was hard for me to connect with the prince, I still feel he was written well, along with his sisters and the men working for him.

I would recommend this novel to those that like romantic suspense novels with a sprinkling of faith and characters that, even though not always easily relatable, are written well and will give you something to think about. While this wasn’t my favorite DiAnn Mills novel, I still enjoy her writing and will be looking forward to her next work.