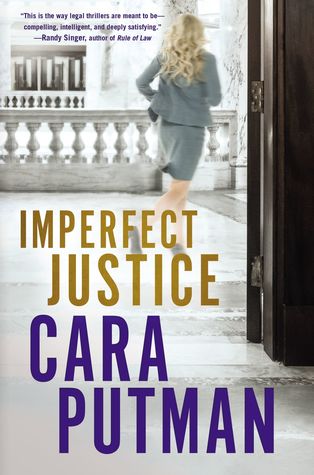 A legal thriller that meets all the criteria for a complete thrill ride and more!

Emilie Wesley has worked hard to keep the women that come in to the Haven safe from the abusive men in their lives. When her latest client, Kaylene Adams, is said to have killed her daughter, wounded the other and killed herself, Emilie has a hard time believing the story delivered by the media. Kaylene was ready to leave her abusive husband and start a new life, so why would she suddenly kill herself and the children she loved so very much?  Reid Billings, Kaylene’s brother, may not have been close to his sister in recent years but still has a hard time believing she could have taken her own life and attempted to take her daughters with her. Reid finds a box he had forgotten his sister left at his place, he opens the box and finds a letter asking him to fight for custody of her daughters if something should ever happen to her. He may have been estranged from his nieces, but now he is determined to fight for the only family he has left. The letter tells him to ask Emilie for help in getting custody. Together the two must work together to prove Reid is better suited to raise his niece than her own father. When everything seems to be against them, they turn to a strength together to save a young girls life and maybe find something more in the process.

As the second book in the Hidden Justice series, Cara Putman gets right to the point with suspense, intrigue, and mystery for a story that is unstoppable. Emilie was a secondary character in the first book and now carries the story herself with ease. We see some of how she is affected from what happened in Beyond Justice and can understand her a little more with the background given her. The story does have several different arcs but they all tie in together by the very end. While it might not be obvious till the end who Emilie’s stalker is and how he ties into the story, give it time to play out and you won’t be disappointed. I felt there were a few moments that the tension was cut short abruptly and could have been played out a little further, but that is just me personally, I often like things to go a little further than others for the sake of suspense.  It is obvious Cara Putman knows what she is talking about when it comes to the legal aspects of the novel, a fact that helps carry the story greatly.

I am becoming a fast fan of Cara Putman’s writing and can’t wait to see what she comes up with next. I recommend this book to those that love a suspenseful story with a tinkling of faith mixed in and a sprinkling of romance to top it off.

I received a complimentary copy of this book from the publisher. The views and opinion expressed within are my own.

One thought on “Imperfect Justice”