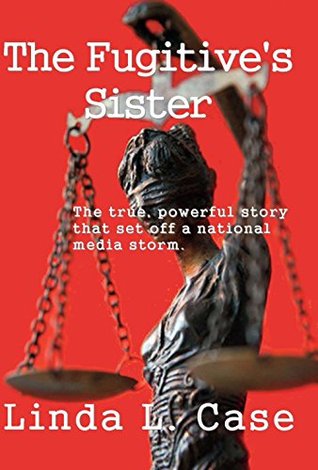 A miscarriage of justice of an innocent sister sent to prison as a ploy to get her sister, the real criminal behind bars.

When Linda’s brother dies she promises him that she will take care of their mother and younger sister, Becky. Two days after the funeral, Becky’s company is found to be under investigation by the FBI, who shuts it down and convicts Becky of several white collar crimes looking at a possible seventy five years in prison. Becky, never one to stick around for a punishment, runs off and becomes one of America’s Most Wanted criminals. Shortly after she disappears, she makes contact with Linda for help. Linda is in a tough place; she wants to fulfill her promise to her bother and protect her sister but worries if she is doing the right thing. She soon finds out the FBI has been waiting for her to do something that can be used against her to bring her sister to justice. Linda finds herself where her sister should be, behind bars. While Linda struggles to survive and her family fights to free her, flaws in the justice system become visible and heed the warning of what happened to Linda could happen to anyone.

The true story of what Linda Case went through is one that could rival any crime novel out there. I never really felt like I was reading a biography because the story flowed so well. It was a story of what this family went through and not just a retelling of events, which I enjoyed. Linda had some really difficult times she had to endure and reading about her sister and the way she was treated by not only Becky but also the FBI and judges involved made me feel for her and the situation she was in.  You can easily say the things she went through were not fair, and the lack of remorse her sister showed for what she made everyone go through was enough to make her out to be a very good antagonist in the story. The ending was kind of abrupt to me. I wish there would have been a little more time spent following through on the characters and what happened instead of the ending it had (I don’t want to say anymore and give something away).  I would recommend this to readers that enjoy a good true crime story with elements that each family can relate to in some way.