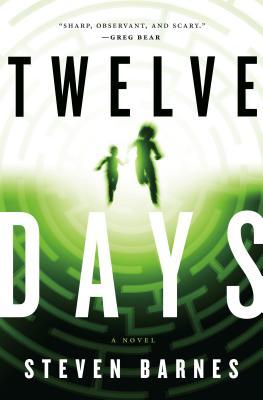 This is a book that is hard to break down into just one or two genres; it dives deep into so many more aspects that will leave readers thinking long after the last page.

When world leaders, criminals and others start dying all around the world mysteriously, everyone starts to panic. A new terrorist group tells of more deaths to come and a suspected apocalypse.  One family finds itself in the middle of the chaos.  Olympia Dorsey, a journalist from Atlanta, and her two kids are trying to heal after being abandoned by her husband and their father.  Hannibal is autistic and Olympia has tried everything she can think of to help her young son.  Terry Nicolas lives across the street and has had a relationship with Olympia but nothing ever worked out.  He has reunited with his wartime buddies to carry out a risky mission to get justice for a crime against them and also get them set for life if the score is a success.  After going to a special session at Hannibal’s care center and witnessing a very unusual speaker and martial artist, Madame Gupta, Olympia sees something change in her son and hopes this is the answer she has been looking for.  While all this is going on, the death toll continues to rise and society is on the brink of chaos.  Olympia and Terry must decide if the choices they are about to make will be worth the sacrifices.

Twelve Days is a book with a very interesting premise and very entertaining.  I found myself lost at a few points for not paying close enough attention and had to go back and reread a few segments.  However, the writing is clear as long as the reader pays attention.  The way the danger was brought about was very clever and was written well.  There is much more to this story than good vs. evil.  There is a clear theme of family, forgiveness and even redemption.  I liked how Barnes brought multiple aspects together to weave the story in just the right way.  There is a lot to be liked about this story and I think there is something for almost any reader to take away.  The characters themselves are well developed and the plot gets wrapped up nice at the end.  Not a happy ending that is thrown together, but something that actually makes sense for the story and the characters.  I recommend this to readers that enjoy a good thriller with a bit of paranormal thrown in.