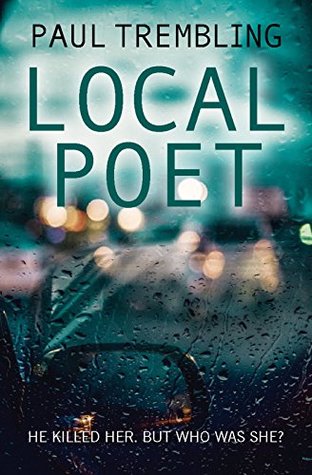 He killed her, but who was she?

One day Rob Seaton is minding his own business driving his delivery van around London, when suddenly a young lady steps out in front of his van and he has no choice but to run into her, which kills her. It turns out her name is Laney Grey and she is a local poet known and loved by many.  It is ruled an accident, but it just won’t leave Rob’s head.  The way she looked at him before she died haunts him.  He decides that he needs to learn more about who she is and starts reading her poetry.  At first it makes no sense, but after a stop by the library, a friend of Laney’s helps him begin to understand.  The more he reads, the more he realizes that her writing was a direct reflection of her life.  And hidden in her last poem is her suicide note with a warning as to what caused her to take her life.

This was a phenomenal book to pick up and read. I wasn’t sure what to expect, but I was quickly drawn into the story and couldn’t put it down until I found out what was going to happen.  Just the story of Laney was intriguing enough, but add the police corruption and family drug connection and I just kept going deeper.  The writing flows great and there is no language or sex throughout the whole story.  Overall it is a really short story, but it left me wanting more, which fortunately it is going to continue.

If you want a good mystery that will keep you entertained and possibly emotional, grab a copy of this book.

One thought on “Local Poet”