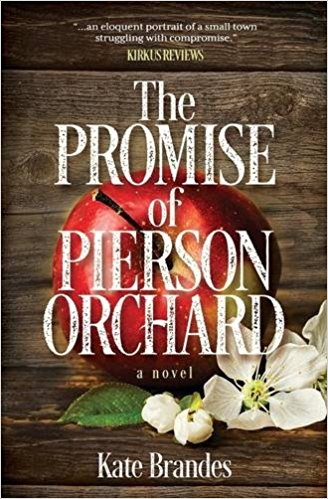 Sort of like a soap opera, but with fracking.

Pierson Orchard has seen its share of hardship and tragedy. Started by Jack’s grandfather, it has much become a family business. Only the orchard is unforgiving and those that work in it never get a break. Jack’s father’s devotion to the orchard caused their mom to run. And now it has cost Jack and Leann their marriage. But when Jack’s estranged brother Wade returns to the town of Minden as an employee for Green Energy, a gas development business, folks in town start to listen to him because he can offer them money for their mineral rights. But when the first fracking well causing toxic trespass into Jack’s orchard, tension begins to run high in the town. Add the unfinished business that Wade left with Jack’s wife before he left, and things might come right down to a bloody pulp.

So, first off, this story is full of wonderfully flawed characters. Everyone one of them is damaged and has a chance for redemption throughout the story. Unfortunately, not all of them find it. I really enjoyed the science behind this story. I live in west Texas, where fracking is a normal part of life. Fortunately, it doesn’t happen around the area that I live, but it is still a widespread industry that affects employment and can easily become a highly charged issue. The same is true in this story. The townspeople always got along when they were in the same boat, but when they started getting money for their land, a type of social pecking order began to development. I also enjoyed have the story told form the four viewpoints of Jack, Wade, Leann, and Stella. That way I was able to easily understand what each character was feeling and how they were handling the situation.

There is some strong language throughout the story and one fairly explicit sex scene. I would recommend this book to mature audiences, especially if this is a field of interest to them.

2 thoughts on “The Promise of Pierson Orchard”