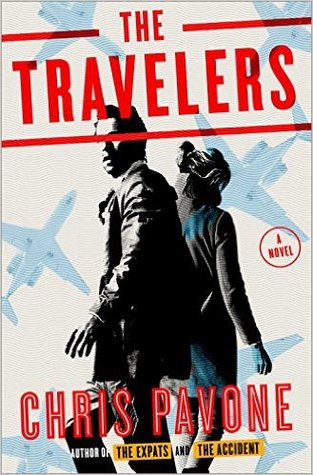 Spy thriller that lacked most of the thriller.

Will Rhodes is a travel writer who has really been ramping up the travel part lately. His wife used to work for the same magazine that he does, but to limit competition between them, she left to be an editor at another magazine.  They move through the motions of marriage, but since they haven’t been able to get pregnant, things have started to dissolve lately and Will is not sure why.  When he is at a conference in Europe, he meets a young Australian freelance writer who really hits it off with him.  He is very drawn to her, but manages to stay faithful to his wife.  Later while in South America, he meets her again and things end up going a little too far.  Only then does Will realize that he has been played.  The young woman is actually an American secret agent who is now using their videoed affair as blackmail to recruit him into the CIA.  After all, he already has the perfect cover to move around without arising suspicions.  But can Will actually do this?  Is it worth it for his marriage?  And is it really legit?

This seemed like a really interesting concept story. A travel writer turned into a spy sounds like a great idea.  I mean, sure it’s been done before, but a good story is just that, a good story.  Unfortunately, that is not how this one felt.  The story was very disjointed in my opinion and just never really got traction.  The prologue hooked me in, but then it was just like the line couldn’t reel me in.  There were a lot of characters to set up and you spend half your reading time trying to figure out who this is referring to, maybe it’s her, maybe it’s him, maybe it’s someone who hasn’t even been introduced yet.  Which got a little frustrating overall, but it is what it is.  There was also a lot of strong language throughout the book which could have been handled a lot differently.  Should you decide to read it, I would recommend it for mature audiences.