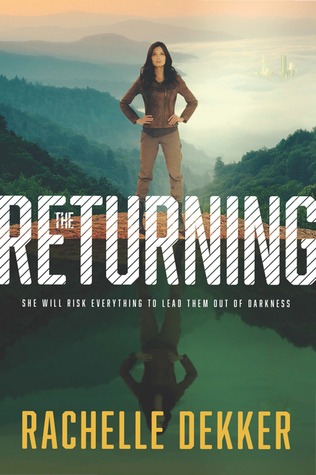 The final book in the Seer series brings it full circle, just like another Dekker.

It has been twenty years since Carrington and Remko Brant have seen their baby Elise, who was taken from them as they were forced to leave the Authority City. No matter how far they traveled, she has never been far from their hearts and minds.  The man that took her is now the Authority City president trying to bring the city into a new era of peace.  The Scientist Roth Reynard is still there providing his Genesis Serum that takes away all memory of emotion keeping rebellion from happening.  The seers, with Aaron, have been tucked away until now and are ready to take their restoration to the rest of the world, starting with the Authority City.  They have a chosen seven that are going to rescue Elise and be at the forefront of the battle that is sure to come.  Elise is the key to the victory they hope to achieve as all they know will be tested.

As the third and final book in Dekker’s debut series, I can say she did a fine job wrapping it up. If you have read any of her father’s writing, it will be easy to see the similarities in his writing as well as hers.  For this reason, I am going to say that this book will be best read by those that haven’t read anything by Dekker Sr.  His work is great and is probably what will have turned most people on to Rachelle and her writing.  If you take her as a separate entity, which you should but is still hard, it will be much more enjoyable.  While the first and second book focused mostly on Carrington and Remko, they are not mentioned much here except for maybe a chapter or two.  That was an interesting change of pace, I wish there would have been a little more focus on them instead of going straight into the grown up children.  There was a lot to straighten out here and luckily all was wrapped up by the end.  My nit-pick for the book would have to be Jesse, for some reason he just didn’t click with me.  I can’t put anything specific down except for the times he was there never fully felt authentic.  The chapters went back and forth between several different points of views making the story flow at a quicker pace in my opinion. As a reader, you get to see more of the action from more characters without fleshing out those characters as much as if only one or two were the main focus.  Overall this was a very enjoyable read, probably the best of the series.  I would recommend this for fans of dystopian series with a faith base.

Check out our author interview here.