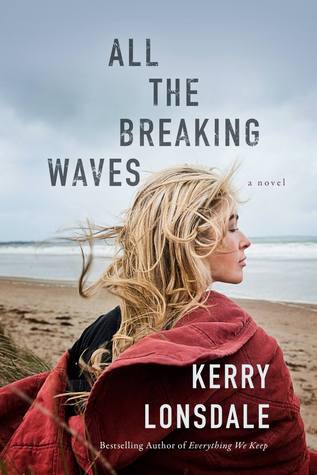 Sophomore novel from Kerry Lonsdale is another must read!

Molly Brennan has a secret. She is able to emphasize with other people and even has the gift of compulsion to make others do task she commands them in their mind.  In fact, all of the women ancestors have been able to do something as well.  Unfortunately, this gift has led to a tragic accident that caused her family to be torn apart, causing Molly to leave the town of Pacific Grove, California for good.  Now ten years later, Molly has discovered that her eight year old daughter also has abilities, but they are even more dangerous.  Cassie has premonitions of events five days before they happen and each day the premonitions get more vivid and Cassie experiences the events, including the pain and potentially even death.  Molly must now return to her grandmother at Pacific Grove to help train Cassie to not let her abilities destroy her, but she will be thrust back into the crowd from ten years ago including the soulmate she left behind.

Everything We Keep was a tremendous breakout novel that was extremely thought provoking.  This of course meant that I must read Lonsdale’s second novel with nervous anticipation that it wouldn’t be as good as the first.  Not to worry, it was just as good, if not better. All the Breaking Waves continued Lonsdale’s trend of a young female lead character in her upper twenties who is really coming into her own.  Molly is a very strong character who has been raising her daughter as a single mother.  She is a very different character than Aimee Tierney in Everything we Keep in that she is already used to doing things herself, but she isn’t really realizing her true potential in life.  Of course there is also some romance thrown in at just the right times.  Lonsdale is truly a master of her craft.  She has a unique way of blending a little bit of sci-fi into a contemporary setting that the reader finds completely believable.  It may also help that the Monterey peninsula is one of my favorite areas, so getting to visit there alongside Molly was a beautiful thing.  Needless to say, I am awaiting the next awesome read from Kerry Lonsdale!

There is some mild language throughout the book as well as two scenes that include some mild sexual dialogue. I recommend this book to mature young adults and up!

I received a complimentary copy of this book from the publisher. The views and opinions expressed throughout are mine.

One thought on “All the Breaking Waves”