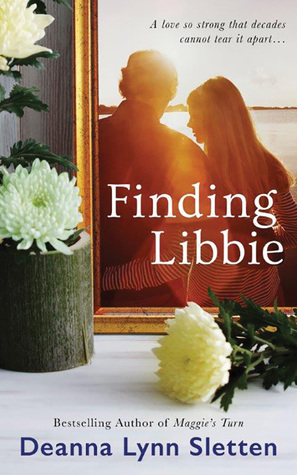 A bit like The Notebook on a roller coaster ride, but even more emotionally taxing!

Emily Prentice is spending time helping her grandmother box up her home when her world is rocked by finding out that her father had been married before he met her mother. As her grandmother tells the story, she learns her father Jack and Elizabeth “Libbie” Wilkens were high school sweethearts.  Libbie was from a family with lots of money and Jack had aspirations of being a mechanic, which did not sit well with Libbie’s mother or older sister.  Even so, a year out of high school they get married.  But the Cinderella story ends there.  During wedding preparations, Libbie found herself being stressed and was giving some Valium pills to help ease it.  But when she accidently mixed it with alcohol, she blacked out and started acting horribly to Jack.  When she learned what she had done, she apologized and tried to stay away from alcohol.  But after things get hard, she continues to need help from alcohol and pills to escape her version of reality.  Eventually, she and Jack are driven apart, never to see each other again.

As this story greatly saddens Emily, she decides that she must try and find this woman that made her father so happy once, if she is still alive. She sets out on a journey that changes her life and her family’s as well.

This book was very painful to read at times. The emotion that Sletten is able to draw out of the reader makes it want to work out so bad.  But if there isn’t conflict, there isn’t much of a story.  The story of Jack and Libbie was happy, then sad, then a little happier, then much sadder, then even worse, then just please make it stop, but I can’t stop reading because I have to know.  However, in the end, it was justified.  So, I am satisfied, I think.

Even more compelling was the story of Emily and Jordan. I pretty much knew what was going to happen there, but it was still interesting to see how it played out and how he only used her.  If it hadn’t been for finding out about her dad, she may have ended up being used by him her whole life.  The hidden lesson in that portion of the story was well worth it.

There was some occasional foul language, but not much. I think this book would be suitable for YA and up, especially if you like romance like The Notebook.

I received a complimentary copy of this book through the TLC Book Tours. The views and opinions expressed throughout are mine.