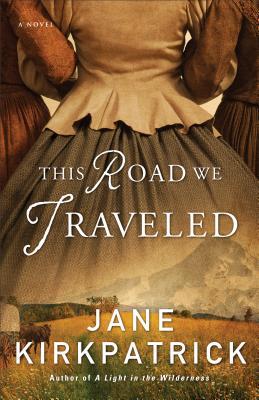 An exciting and detailed account along the Oregon Trail!

The Road We Traveled provides a detailed account of the journey of Tabitha Moffat Brown, also known as the mother of Oregon.  The book begins the account when Tabitha’s son Orus returns to Missouri from his scouting trip to Oregon and convinces the family that there is a better life for them in Oregon.  However, Orus believes that Tabitha will not be able to sustain the trip to Oregon and encourages her to stay in Missouri.  Even though she has a club foot from childhood and she knows she would be a burden, Tabitha cannot fathom watching her all of her children and grandchildren travel to Oregon and leaving her alone.  When her late husband’s brother John Brown suddenly arrives, she convinces John that they can make the trip together.  What unfolds is a tale of fun, fear, sadness, separation, starvation, and most importantly faith as the family makes the trek to Oregon.

The journey continues once the family arrives in Oregon. Orus has already claimed his place in the forest grove.  Her daughter and son-in-law decided to stay in Salem.  Not wanting to be a burden to anyone, Tabitha and her changeling Nellie, who was left behind by her family on the trail, end up staying with a pastor and his wife.  Eventually, Tabitha begins to realize that her work is not down.  When she discovers how many children are orphaned along the Oregon trail, she feels that something must be done.  She first convinces people that a school must be set up.  Then some time later a university first known as Tualatin Academy, now known as Pacific University.  And eventually the statehood of Oregon.  It becomes clear why she is known as the mother of Oregon.

This tale was a wonderfully written story that covers a time of history that is well known, but probably not well studied. People have heard of the Oregon trail (or at least played the game), but few really understand what happened along the trail or why people made the trek.  Kirkpatrick does a great job giving a first person account of the trials and tribulations along the trail.  I had never thought about families being accidently separated, leaving children orphaned along the way.  This book definitely put the history in a different perspective.

If you’ve ever been interested in the Oregon Trail or just enjoy historical accounts, I recommend to add this book to your reading list.

I received a complimentary copy of this book from Baker Publishing Group in exchange for an honest and thorough review. The views and opinions expressed within are my own.