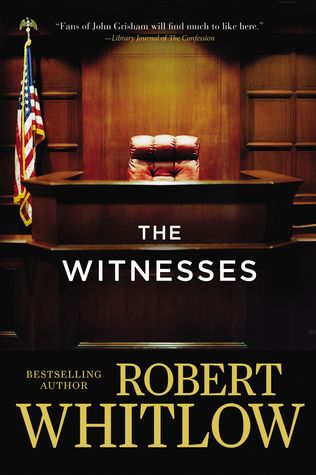 A supernatural legal thriller that will leave you believing in the power of gifts.

Franz Haus has an incredible gift. He is able to see into the future.  As a captain in the Germany army during World War II, he has been a useful aid to a General for providing accurate information about the location of enemy soldiers as well as priceless artifacts.  However, he only sees a snapshot in time and cannot see future events beyond that particular scene.  When he witnesses the death of people that he help locate, Franz realizes that he can no longer serve the Germans.  He escapes across the River Rhine into Switzerland and ends up living with a fisherman and his grandson.  He learns the trade and eventually immigrates to America.

Now in present day New Bern, North Carolina, Frank House is retired, but still fishes during his free time. His grandson Parker is a young trial lawyer for a small firm in New Bern.  Parker is discovering that he has inherited his grandfather’s ability to witness future events.  A well-known trial lawyer in Wilmington has started to recognize his abilities too and wants to have his talents in his own firm.  But Parker’s love interest is also his daughter who wants nothing to do with her father.  As events unfold, Frank’s past begins to catch up with him and somehow Parker’s potential employer is involved.

I always love a good legal thriller and The Witnesses was no exception.  This is partly due to my love for the New Bern area.  My husband used to contract with an architectural firm on Pollock Street and I fell in love with the area when we would travel there.  In my mind’s eye I could see the churches, restaurants, courthouse, and even the rivers with their bridges.  Needless to say, it was very easy to set the scene.

Parker was a very interesting character to me. He was happy doing his job where he was, but was suddenly thrust in different directions.  He didn’t seem to be looking for a relationship, but still easily fell in love with Layla, proving that when it is your true love, it just happens (at least in books).  But he had a lot of obstacles to overcome.  First, Layla had a broken heart from a previous marriage to another lawyer.  Second, she believed that it was her father that ruined her previous marriage and now Parker is considering working for him.  There was probably more drama outside of the courtroom than inside.

Overall, this was a very good novel that didn’t overdo it on the trial jargon. It also combined Frank’s acceptance of Christianity and his instant connection with Layla.  Put it together with a great international mystery and you’ve got The Witnesses.

I received a complimentary copy of this book from Harper Collins in exchange for an honest and thorough review. The views and opinions expressed herein are my own.