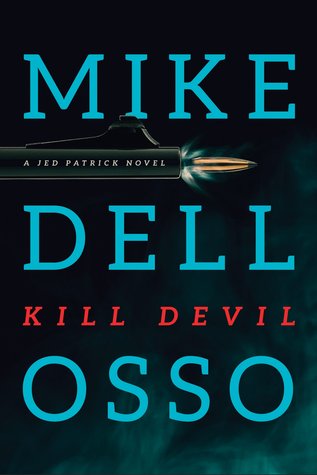 Jed Patrick returns as does the Centralia agency who is bent on having him back.

Jed Patrick has worked tirelessly to get his life back and keep his family safe with new names, new locations, and new identities. Just when he thinks it is enough, trained men who claim to be there to help break in and take his little girl and threaten his wife.  He now knows his family will never be truly safe until he eliminates the agency set on hunting him down.  Jed has enough information to bring them down.  He just has to find the right way to use that information.  Without knowing who to trust, the decision of what to do becomes harder and harder.  His life and the lives of those he loves are in danger at every turn and he starts doubting himself like never before.

If you are a fan of the Bourne series, this is one to read. I didn’t realize when starting that it was the second in a series, but that didn’t seem to be too much of a problem as I continued reading.  A few parts probably would have been a little clearer but not enough to be an issue.  I am a fan of Bourne and enjoyed the Jed Patrick story as well.  The pace was quick and tense.  I will say that I was pleasantly surprised by one aspect of the writing, but I don’t want to say too much and give away a big spoiler.  I am rarely surprised in reading a novel but this one did surprise me.  I know several reviews of the first said the writing was subpar and predictable but I didn’t feel that way at all.  I thought it was done very well.  I did see some similarities to the Jason Bourne series and even a few others here and there, but overall the story was very well written and enjoyable.  If the series continues, I will be sure to pick up the future books as well!

One thought on “Kill Devil”