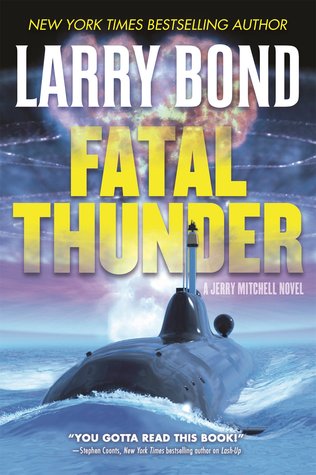 Mystery, suspense, and rogue nukes! A powerful combination that could easily be seen on the news tomorrow!

Even though the war with China is over, India is still fighting several battles against Pakistan. Out of nowhere, a nuclear bomb is suddenly set off at a terrorist headquarters in Pakistan.  The world quickly points the finger at India, who else would do it?  But why would India do it?  Dr. Joanna Patterson, the U.S. national security advisor, orders air and ground samples be taken and analyzed.  The results are staggering!  The fallout components aren’t typical of Indian nuclear weapons.  They appear to be manufactured by either Russia or China.  But this makes even less sense.  Dr. Patterson recalls a mission that was performed several years ago when she was aboard a submarine outside of Russia where they discovered a sunken barge that had several canisters.  Upon retrieving two of those canisters, she discovered they contained nuclear warheads.  After a conference with the Russian government, she learns that there are six missing warheads.  If one went off in Pakistan, where are the other five?  And what are their targets?

This book was packed with suspense and politics. This is the first book that I have read by Larry Bond and I know that there are other books that contain Jerry Mitchell.  However, for this to be a Jerry Mitchel Novel, I really felt that he was more in a supporting role for this particular story.  For the first 250 pages, he is only involved in a handful of chapters and it is more centered around his relationships with some of the other characters rather than on his line of duty.  Even when he does get more involved, he is still not the central character.  I’m guess I’m more used to characters such as Dirk Pitt, Jack Reacher, or Phillip Mercer, as they stay throughout the entire story.  Technically, there is not really a central character at all.  The story centers around four characters with some history in the previous books.  Even so, this book still read well on its own.  I mentioned that it was packed with politics.  I was grateful that it was include as it helped me catch up on the back story.  Had I been caught it, I believe it may have dragged on a bit.

I always enjoy finding new authors that intrigue me. I really enjoy naval stories and this is no exception.  I haven’t had much reading in the way of submarines, so this was a really good change.  Larry Bond has definitely interested me enough to find out more of what is happening in this series, as well as his other series.  I was very glad that he didn’t feel the need to lace the story with profanity or innuendo.

Go out and grab a copy! You won’t be disappointed.