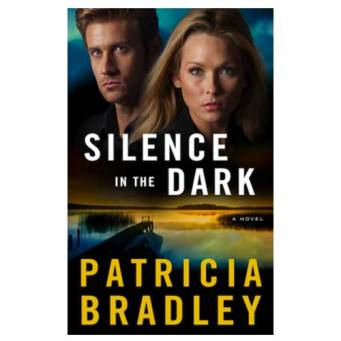 For the final book in the Logan Point Series, Patricia Bradley gives a suspenseful story that will keep readers hooked till the end!

Bailey Adams has been serving as a missionary in Mexico for the past two years. She felt called to go, or at least she thought she was called.  Now she is questioning if she was just running away from her past.  She is about to return to Logan Point with one of the children from the mission when they are both almost kidnapped.  They barely escape with the help of Danny Maxwell, the one person she never expected to see in Mexico.  She doesn’t know who is after them and is afraid to let anyone else help them for fear that they too might be in danger.  Throughout the chaos of running for their lives Bailey realizes she still has feelings for Danny.

This is the fourth and final installment in the Logan point series and even though it is a series, it could be a stand-alone. I have only read book three and four in this series and don’t feel you have to read the series to enjoy each individual book.  At times I felt like I might be missing something from the previous instalments but not enough to hinder the enjoyment of this book. Silence in the Dark was a fast paced read with very little I didn’t enjoy.  The interaction between Bailey and Maria was well played as well as the scenes between Bailey and Danny.  Most characters were well played and believable, which is unusual.  Usually I find at least a few characters I have a hard time believing either their dialogue, mannerisms, or both.  Bradley did a fine job with both the dialogue and prose throughout the entire story.  I enjoyed up to the final few chapters what was going to happen and how it played out.  Overall it was a very enjoyable read and I would recommend.