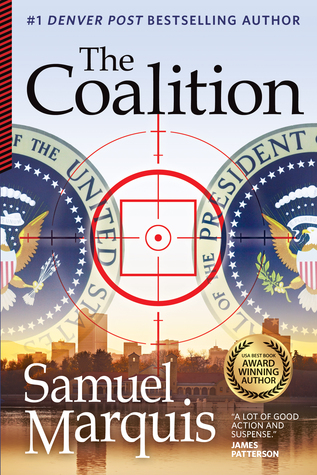 A current events political thriller that leaves you wondering if this could happen in the near future?

With mere weeks before the new president-elect for the United States takes office, he is assassinated at a speech in broad daylight in downtown Denver. FBI Special Agent Ken Patton takes the case and discovers that the hit has been made from a master assassin from over 500 yards in a high rise office building.  Some souvenirs left behind led him to investigate a well-known Christian charity known as the American Patriots, whose leaders is also very well known.  Suddenly, a radical environmental group claims responsibility for the attacks, which makes the national spotlight shift back to the current president to blame.  Can Ken unravel the mystery and find the assassin before more tragedy strikes?

The premise of this book is based on a right wing Christian organization hiring a professional assassin to remove a roadblock in the way of their current motives. This book plays out very well to what the media has been portraying about these organizations in recent events.  The author does indicate that this is all a work of fiction and all the characters and organizations are part of his imagination, but readers without willingness to do more research may take it at face value.

One of the characters has a past history of sexual abuse which frames her state of mind to rape men. It is a little bit of a different concept, but it plays out throughout the book.  She eventually meets a man that surprises her and she falls in love, which weakens her resolve.  However, throughout the book she begins to exhibit signs of mental illness and I wonder if the men in her life aren’t some type of conjured personality.  Not sure if there will be a sequel, but this could play out very interestingly.

Overall, the language is pretty strong and the text also contains some fairly graphic love scenes. I would recommend this book for mature audiences.