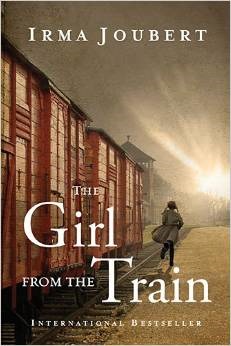 Gretl Schmidt and her sister just escaped from an Auschwitz bound train in Poland only in time to hear it explode. After an attempt to walk to Switzerland, they arrive at a farmhouse where Gretl’s sister soon succumbs to a fever.  The family cannot provide for another mouth to feed, so Gretl is given to a local Polish resistance figher, Jakob Kowaiski.  Jakob begins to care for the girl as a father figure, but soon must leave to fight against the German army that is continuing to invade Poland.  After Polish defeat, Jakob has been severely injured and returns home where Gretl nurses him back to health.  Gretl has been attending school in his absence and he finds that she has picked up quite a bit of knowledge.  After the war, Jakob’s mother tells him that Gretl has to leave because they don’t have enough to care for her under Russian occupation.  When Jakob notices an ad in the paper for German orphans that could have a new home in South Africa, Jakob feels it may be her best hope.  But can he go through with it?

This was an incredible post WWII read. I always enjoy reading about this era, but this was a new twist on anything that I have read before.  The characters that developed through the story were very relatable.  I became very attached to both Gretl and Jakob.  The supporting characters also played their roles well.  The flow was fast and I couldn’t wait to find out the end of the story.

Joubert managed to transport me to South Africa with her descriptions. I’ve never read a book that was set there and my mind’s eye really picked up on it.  I even had to research some images to see how they related to what I had imagined.  I also enjoyed the history behind the events that she had written.  If you are looking for a great read anytime, try this one out.